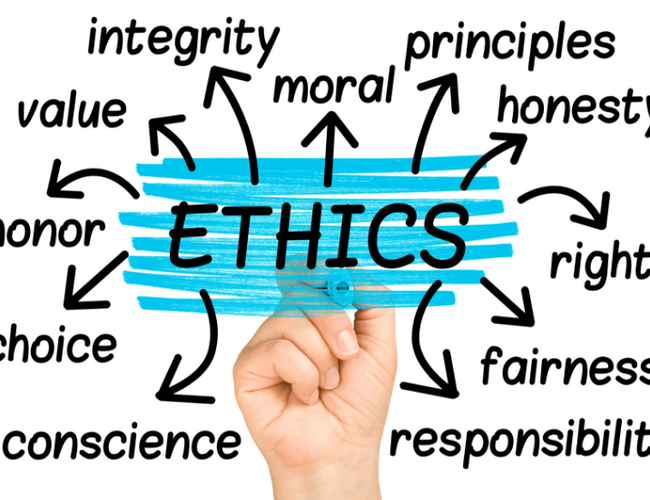 How many times have we heard that we live in an age where values have been lost? Surely for most of us, this phrase is familiar but what does that affirm? Can values be lost? Where do they go when they get lost? What were educators doing when values were lost?
Values are those criteria that inform us what is right and what is wrong to do. Therefore, they confirm what is known as Moral. The word moral means habits, customs of people. Values are the criteria considered just and obligatory that order those customs. Moral values truly enrich us. There are moral or ethical principles that we consider useful and important. Forgiveness, honor, freedom, love, respect for life, and self-control are just a few values.
Ethics is related to human attitudes, hence its important and integral and unwavering relationship with education. Environmental components have a special contribution to the development of attitudinal trends, rather than skills and competencies. If the principles of ethics are not adequately available in the environment of children, then the elements which are primarily in the environment will become part of life. That is why it is said that the values are not taught, they are acquired.
Today’s young people no longer respect anything. Young people of today are more violent, lacking in empathy than those before, or that society, in general, is plunged into moral decline. Young people today have no control and are always in a bad mood. They have lost respect for the elders. They do not know what true education is? The values are also dependent on the continuous interaction between man and his physical environment. It is important now to explore the common values we have and on the other hand to think and justify what common values we should and should have.
Discontent, isolation, unrest, agitation, inequality, dishonesty, chaos, ideal loophole, injustice, tyranny, humiliation, failure, depression, instability, uncertainty, conflict, violence are a few of the issues have surrounded our lives today. The common cause of communalism, ethnicity, language, regionalism, violence, and violence in the person and society is responsible for the moral and characteristic of human beings which is directly related to moral values.
Ethics is very essential for a person’s whole life. In its absence, the collective life of the human becomes difficult. Ethics in Society facilitates social life and indirectly controls society. Society’s integration and assimilation cannot be protected in the absence of ethics. World peace, international cooperation, friendship are just a few positive aspects of life that cannot be imagined in the absence of moral qualities such as the spirit of world brotherhood, humanism, equality, love, and sacrifice.
Today, someone is asked what your goal is? , the answer is money. They are inclined to do anything to get rich. Do not know how many such examples will be found which shows how much the youth has dropped moral values in themselves. Sadly, it happens on the matter that they do not recognize the etiquette, rites, and ethics, nor are they ready to accept it. Today’s younger generation is like a crazy elephant. They are forgetting morality and rituals and tricking everything that comes in its way.
Sanskar leads us to the heights of success. When we forget our ideals, values, and motivations, then the failures are handy. Values, ethics come from religion but the same religion is losing manners, morals, and memoirs. Establishing these moral values in society is most needed. Every child can get proper guidance; he can do proper education. pornography occupies one-third of all Internet pages and child pornography is one of the fastest-growing sectors. Illegal use of drugs is rampant. More than 210 million people worldwide consume illegal drugs. Violent crime Is on the rise of 10 to 20 million people are killed every year, Drug traffickers, arms traffickers, and other offenders have seen a relative increase.
One of the most valuable gifts parents can give to their children is a deep love and a stable value system – norms that they not only teach but also observe themselves. Without the right values, life is nothing more than a struggle for survival. Values are meant for human life. They allow you to determine what is most important. They help to set boundaries for decent behavior and moral standards. It is the religion of moral values in any person, conduct according to ethical values makes it characteristic.
The culture of greed and intangibility we are witnessing in the face of our society penetrates the corridors of corporations, politics, security forces, justice system. media and social organization.Not just its young people with problems, but Nepal as the whole country is the one who needs moral reform.