Women’s rights have been at the top of the news agenda over the past six months. Whether it’s the gender pay gap or the #MeToo campaign, these issues have been hotly debated among friends, in the media, and were central to discussions at the Skoll World Forum (SWF).
The annual Skoll World Forum brings together social entrepreneurs from around the world to discuss a broad range of topics, in order to help shape their work solving global issues – from climate change to human rights.
So how do these issues afffect the lives of women in different countries and cultures? Sohini Bhattacharya is CEO of Breakthrough, an organisation that works with young people in the US and India to prevent gender-based violence. She was one of the panellists at the SWF session Beyond #MeToo: the Global Movement Against Sexual Assault and Harassment. While Bhattacharya sees violence against women as being largely entrenched throughout the world, she understands that each country experiences it differently. “India has its own set of problems around gender norms,” she said. “The value of women has to go up.” 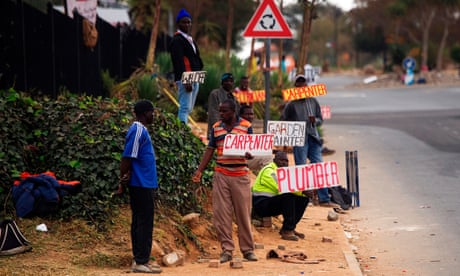 How technology is helping to solve global social challenges

Paid for by The Skoll Foundation
Read more

Bhattacharya contends that, in India, while girls experience gender discrimination from birth, they are particularly affected during adolescence. The risks of sexual assault and harassment when they are outside the home mean that their parents may take them out of school. This, in turn, can have a long-term impact on them. “A lot of girls get married as they are perceived as being open to threat,” she said – going on to add that this is not to imply child marriage is positive, but that parents often perceive it to provide protection against harassment, when the girl is taken into the husband’s home, rather than, for instance, travelling to school on public transport, where she could be at risk.
While Breakthrough uses media and tech to challenge assumptions around gender in both India and the US, the way it operates overall in the two countries is slightly different. Its work in India involves training young people across five states to help them develop identity and confidence, alongside working with media organisations to help combat violence against women and girls.
In the US, Breakthrough’s projects include Action Lab, which trains students to challenge gender-based violence; and #ActToo, a digital project looking at ways people can express solidarity with the #MeToo campaign. “We are really making sure we leverage this moment to [focus on] women’s problems and problems of power,” Bhattacharya says.
In times of crisis, existing inequalities may deepen, with climate change already affecting many communities around the world, which was discussed at the SWF panel discussion Women and Girls: Catalyzing Change in the Climate Crisis. Panellist Agnes Leina is founder and executive director of Il’laramatak Community Concerns, an organisation set up in 2011 to address the human rights of indigenous people, with particular attention to women and girls. Leina is a member of, and works with, the Samburu people in northern Kenya, a sub-tribe of the Maasai. The Samburu are pastoralists – semi-nomadic people whose main herd is cattle – who have seen climate change drastically reduce their ability to access water and have lost many of their cattle due to drought.

“The burden of getting water is on the woman. A lot of this is finding the 20 litres a day you need to cook for a household of, on average, six people. If you have children, you need water to wash their school uniforms – it’s impossible,” she said. Schoolgirls are often the ones who collect water, meaning they have less time to study. If there is no water, they can’t wash their uniforms or even go to school during their periods. This puts them at a disadvantage compared with a city girl whose water comes out of a tap

Another issue is that if women have to travel further to collect water or firewood – as forests are also depleted – they may accept lifts from truck drivers. In return, these drivers may expect the girls to be willing to have sex with them, leading to unintended pregnancy, HIV and STIs.
One of the knock-on effects of climate change, however, is the issue of young Samburu girls being more at risk of arranged marriages to much older men – even girls as young as eight, Leina says. Extended drought in the area has killed huge numbers of cattle. In the Samburu community, men are accorded status by the number of cows they own. If the drought wipes out a herd, and a man loses all his cattle, he subsequently has no voice in the community and no status. But if another man offers some cows in exchange for a girl to be taken as his wife, then the girl’s father is likely to be tempted to hand her over to regain status – while saving money because he no longer needs to pay for her food and schooling.
“Culturally, a girl cannot really say no to her father. He says: ‘I have a friend I want you to marry. If you marry this man, I will have cows again’. She may be the third or fourth wife of a much older man. That is how the cycle of poverty begins for girls,” she said.
To tackle this, Il’laramatak Community Concerns works with girls on setting goals – where do they want to be in 10 years’ time – and gets them to picture the alternative to early marriage and poverty. They work on respectful ways of saying “no” to plans for arranged marriages.
This may also involve finding sponsors for a girl’s education. “Payment of school fees is a huge thing,” Leina said. “I was a sponsored child myself, and I know what it has done for me.”

Angeline Murimirwa, now Camfed executive director in Africa, was also financially supported in her education. Camfed supports marginalised girls in the poorest rural communities in countries across Africa to access education, and works with young women to promote leadership and community empowerment.
In the 1990s, Murimirwa was one of Camfed’s first beneficiaries in Zimbabwe. “When an organisation supports someone through school, it takes away the family’s biggest financial burden. It provides families with the breathing space to rally behind their daughter,” she said. “There are multiple barriers [to girls’ education]. Some places are very remote and so there can be a family expectation that boys are less risky to educate. There’s cost: in some places education is free but there are still secondary costs such as uniforms. And in jobs as well as education there is no automatic right to get either.”
Murimirwa spoke at the SWF session Epiphanies in Proximity: Personal Stories of Turning Points, which explored the creation of Cama in 1998 – the alumni network for young women who have been supported by Camfed. It was set up to combat the isolation of these young women, post education. Members now also act as an inspiration to their communities, to show what can be done when girls are educated – many obtain jobs in teaching, business, medicine, law and local government. Camfed also estimates that on average each Cama member supports another two girls through school, with financial resources and mentoring.
“I look back at how far Cama has come and I marvel how fast we have grown, both as individuals and as an institution. Cama members break phenomenal barriers,” she said. “We are just warming up!
Published in Times Magagine

Why the Nepali communist challenge to India is deadly