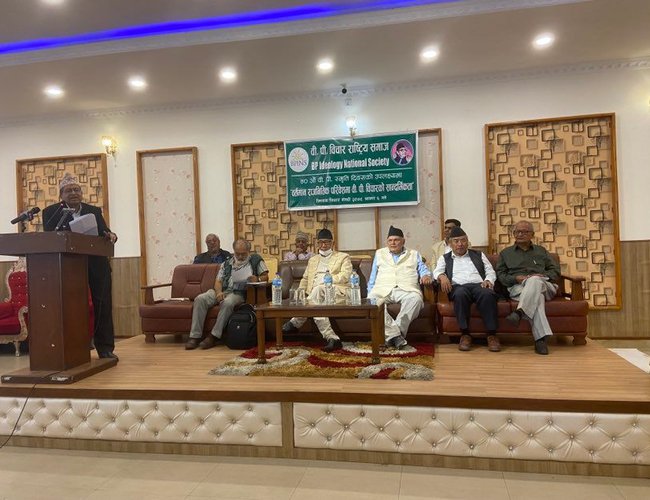 The anniversary is being observed today across the country by commemorating the contributions of the veteran democratic leader.

Koirala who struggled hard to bring democracy to the country had breathed his last on 7 Shrawan 2039 BS. Koirala was born on 24 Bhadra 1971 BS. He became the first people-elected Prime Minister of Nepal following his party, Nepali Congress, and won a two-thirds majority in the 2015 BS general elections.

Professor Kapil Shreshstha said that B.P. Koirala is a great personality of Nepali politics. He said that Koirala sacrificed his entire life for the restoration of democracy and the end of monarchial autocracy.