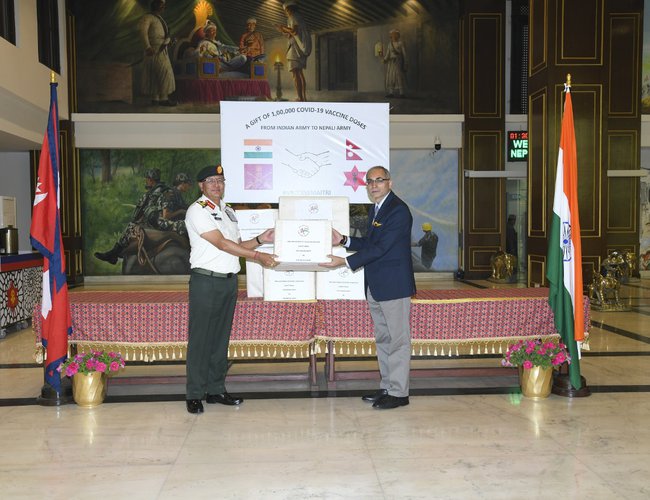 Under the Government of India’s ‘Vaccine Maitri’ Initiative, the Indian Army gifted 100,000 doses of Made in India vaccines to the Nepal Army. In a ceremony at Nepal Army Headquarters, Tundikhel, the vaccines were handed over by Ambassador Vinay Mohan Kwatra to the Chief of Army Staff of the Nepali Army General Puran Chandra Thapa.

Chief of the Army Staff of Indian Army General MM Naravane joined the ceremony through a video conference from India. He reaffirmed the special fraternal bonds that tie the armies of the two countries. Chief of the Army Staff of the Nepal Army General Thapa appreciated the gesture and thanked the Indian Army and the Government of India for the gift. 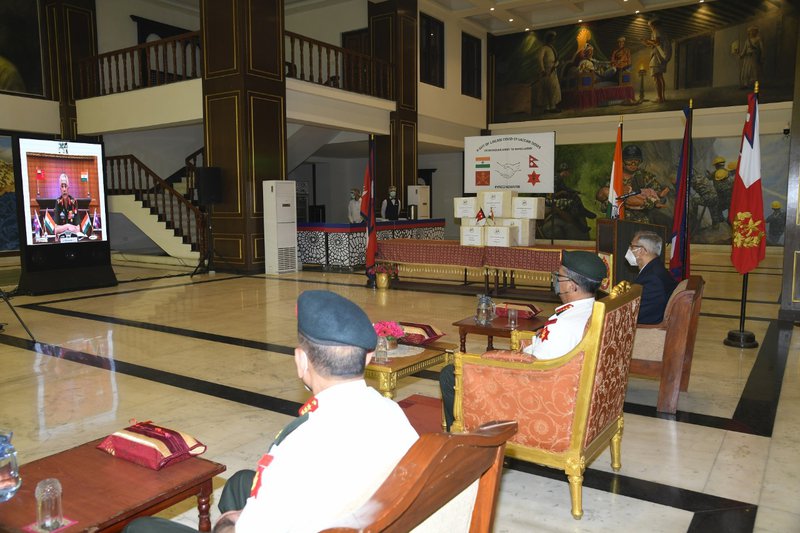 The vaccines had arrived at the Tribhuvan International Airport by an Air India flight on 28th March 2021. The Indian Army has been assisting the Nepali Army to fight Covid-19 through various kinds of assistance since last year including Remdesivir, X-Ray machines, computed radiography systems, ICU ventilators, video endoscopy units, anesthesia machines, laboratory equipment and ambulances. This latest gift of vaccines is another testament to the close cooperation between the two armies and the two countries, particularly in times of need.